February 2022 Frontend Updates: The State of JavaScript, React 18 and monorepos!

Highlights from the annual State of JavaScript survey, Concurrent features and the Suspense component in React 18, and the best tools to manage JavaScript monorepos 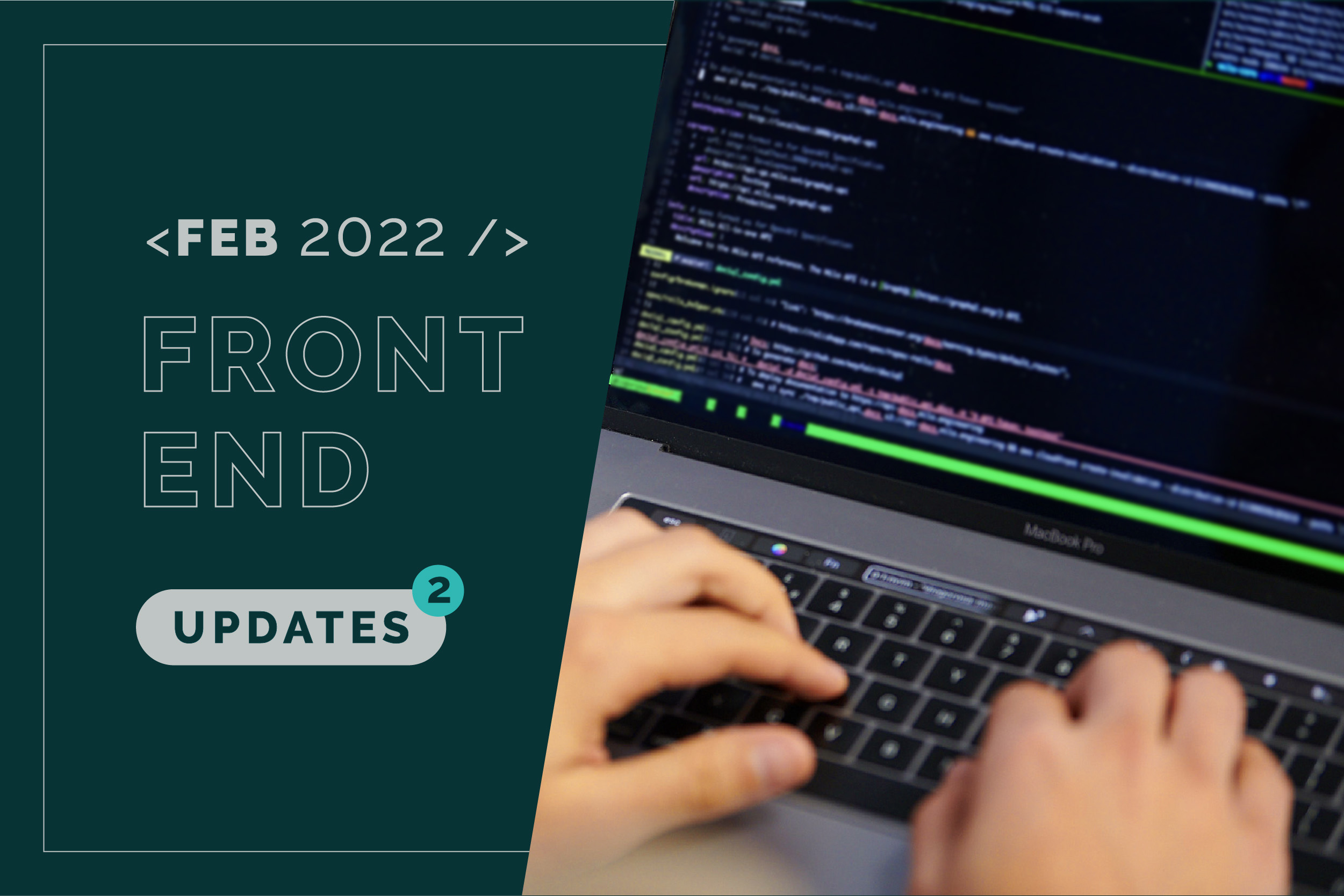 This month we cover:

The State of JavaScript

By collecting data from thousands of developers, the annual State of JavaScript survey by Sacha Greif is a good indicator of the current and upcoming trends in the ecosystem.

The 2021 edition had to be pushed back all the way to 2022, but it has just been published. It collects data for over 15,000 developers, and these are some of the most notable highlights:

Take a look at the full survey here!

The next major React version has already been in beta for three months, and its release date it’s getting closer. It comes with some out-of-the-box improvements to existing features and other new ones, which are called the ”Concurrent Features”:

You probably realized that a lot of the changes in React 18 are related to the <Suspense> component. <Suspense> lets you “wait” for some code to load and declaratively specify a loading state while waiting. It has been there since React 16.6, but now it has been improved and there is an interesting experimental feature that, although won’t be rolling out with React 18.0, will likely come after the release: Suspense for Data Fetching.

It was the main topic discussed in our last knowledge sharing session, presented by the tech lead and Whitespectre partner Alex Naumchuck. It’s worth taking a look at the article in the React blog, because it will enable a lot of data fetching libraries to deeply integrate with React, improve the loading state management and avoid common waterfall data fetching issues.

In the last frontend updates we spoke about React Conf 2021. Some of the keynotes there were React 18 related, check them out if you want to know more!

A monorepo is a version-controlled code repository that holds many projects. These projects are usually related but logically independent, and they can be run by different teams.

Monorepos provide visibility of the whole project’s codebase without having to clone and track different repositories. They also provide consistency, because they make it easier to share things like configuration, UI component libraries, utilities and documentation. Continuous integration is usually easier too, but it’s dependency management where they really shine.

If you want to learn more about monorepos in the frontend space, check out this articles:

Also, stay tuned for an upcoming article on how we’ve used monorepos to handle project scaling!

Anything you’d like to add? Think there is something missing? Ping us on @whitespectrehq or LinkedIn, we’d love to read your feedback!